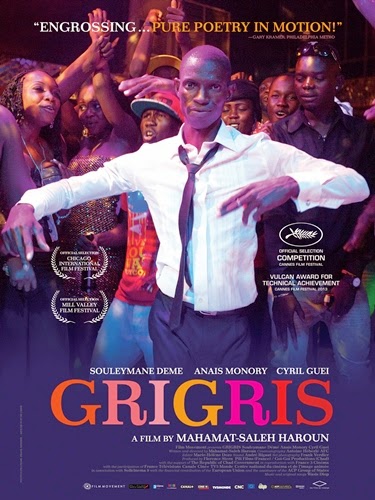 The Independent Film Movement Series will be showing its next film on Tuesday, October 28. The series is on the 4th Tuesday of each month.

Synopsis: Despite a bum leg, 25-year-old Grigris has hopes of becoming a professional dancer, making some extra cash putting his killer moves to good use on the dance floor of his local club every weekend. His dreams are tested when his step-father falls critically ill and he's forced to risk his future by smuggling oil to pay the hospital bills. When he befriends Mimi, a beautiful but damaged prostitute, the two will try to start a new life together. But as bad decisions begin to catch up with them, they'll have to run for their lives. Their pasts, however, are never far behind, bringing them to a perilous climax.


The film will be shown at 6:00pm in the upstairs "blue" meeting room at the Visalia Branch Library. This event, and future events in this series, is free and open to the public. Absolutely everyone is welcome.