All kids love super heroes, and in this year's Summer Reading they find out "Every Hero Has a Story." Children can read about super heroes, everyday heroes, and anything else they enjoy while earning prizes for reading at the same time. Registration begins June 2 with programs from Tuesday, June 9 to Friday, July 25.

Join us for Super Hero Summer Reading Programs scheduled for June and July at the following Tulare County Library branches: 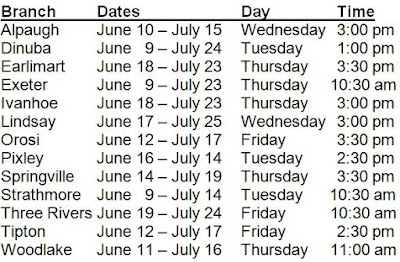 All programs are free and open to the public.

Whether you're a fan of Avengers, X-men, or Fantastic Four, come to our teen reading programs at Dinuba, Exeter, Lindsay, Woodlake and Visalia Branch Libraries.

Registration begins Tuesday, June 2 with teen summer programs from Tuesday, June 9 until Saturday, July 25. Join your team and choose your path to reading success with Read Only, Programs Only, or Both. Only teens can choose where their summer reading adventure will take them.

Prizes for each mission completed, including a grand prizes, are worthy of only the greatest heroes.

Tulare County Library's Visalia Branch tweens "Unmask" their inner heroes with reading over the summer. Tweens complete reading adventures to earn points for prizes! Every 100 pages you knock out becomes one point closer to freeing yourself from summer boredom. The more you read, the more points you earn.

Tweens' special events and programs happen on Wednesdays from 2:00-4:00 pm. Join forces for events that are free and open only to ages 10-12. So no matter your alter ego, come enjoy programs that feature heroes from favorite games and movies.

It's super hero time for children at the Visalia Library!  During Summer Reading this year, kids learn that "Every Hero Has a Story."

Children can read about super heroes, everyday heroes, and anything else they enjoy while earning prizes for reading at the same time.

Join us for special events and performers on Thursdays at 11:00am and 3:00pm. Free and open to children and families of all ages.

Kids love Super Heroes, particularly when the heroes are their fathers!  In June at the County library branches children can have fun with both.  The crafts for each week are:

For more information on days and times of the crafts at each branch, please go to www.tularecountylibrary.org and choose the locations tab or call the branches: 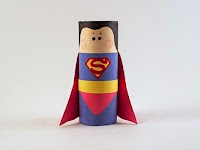 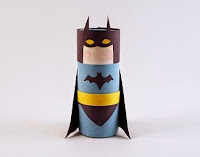 Posted by Tulare County Library at 11:39 AM 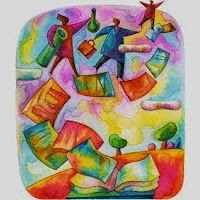 The Friends of the Tulare County Library will hold their monthly meeting on Thursday, June 11, at 7:00pm in the library's upstairs (purple) meeting room. Absolutely everyone is welcome to attend, including and especially current Friends, prospective Friends, and anyone who is interested in learning more!
Please contact the Visalia Reference Desk at 713-2703 for more information.
Posted by Tulare County Library at 9:49 AM

Posted by Tulare County Library at 10:00 AM

Carol Clum will bring photographs of adult female and male quail, two males fights, quail eggs, newly hatched chicks and a brood patch on a female. She will describe their life cycle, feeding habits, nesting environments and their unique calls. The effect of our current drought on the quail will also be discussed.

For June, we'll be reading Gabi, A Girl in Pieces by Isabel Quintero.

Summary: Gabi Hernandez chronicles her last year in high school in her diary: college applications, Cindy's pregnancy, Sebastian's coming out, the cute boys, her father's meth habit, and the food she craves. And best of all, the poetry that helps forge her identity.
We will be meeting in the Visalia Branch Blue Room to discuss this book on June 2 from 6:30pm - 7:45pm.

Meet Isabel Quintero when she visits the Visalia Library for a Reading and Q & A Session on May 15!
Posted by Tulare County Library at 6:00 AM

The Independent Film Movement Series will be showing its next film, The Dark Valley, on Tuesday, May 26. This is the last movie of the Independent Film Series for this season; we will not be showing films in June or July due to Summer Reading. The next Independent Film Series season begins August 25.
Synopsis: Somewhere high in the Alps, a lone rider makes his way along a hidden path and reaches a small village, tucked away between the steep mountains. This stranger goes by the name of Greider; nobody knows where he's from and, met with blatant distrust, nobody wants him in the village. The sons of Old Brenner, the village patriarch who holds the entire community under his threatening, violent ways, would have chased him away if Greider hadn't given them a fistful of gold coins. Greider introduces himself as a photographer, and Brenner's sons provide him with shelter for the winter at the house of widow Gader and her young daughter, Luzi. Soon to be married to her sweetheart, Lukas, Luzi is full of trepidation as the big day draws near because, in this valley, a wedding comes with a terrible tradition. And whoever opposes this tradition will be subjected to a merciless punishment.


In the depths of winter, the village cut off by snowfall and barely a ray of sunlight reaching the valley, a tragic accident leads to the death of one of Brenner's beloved sons. When another son is mysteriously killed, it's clear this is not a coincidence: the time has come for Brenner's family to pay, and Greider plans to settle a score long forgotten by everyone but him.
Directed by Andreas Prochaska | Austria and Germany | 2014 | German with English subtitles | 114 min.


The film will be shown at 6:00pm in the upstairs "blue" meeting room at the Visalia Branch Library. This event is free and open to the public. Absolutely everyone is welcome.