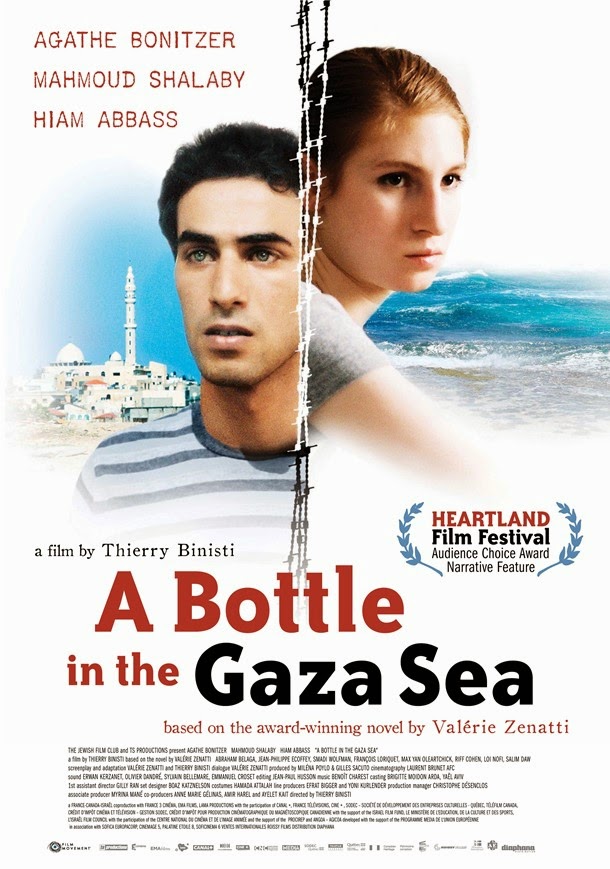 The Independent Film Movement Series will be showing its next film, A Bottle in the Gaza Sea, on Tuesday, February 24.
Synopsis: 17-year-old Tal has emigrated from France to Jerusalem with her family. She writes a letter expressing her refusal to accept that only hatred can reign between Israelis and Palestinians. She slips the letter into a bottle, and her brother throws it into the sea near Gaza, where he is carrying out his military service. A few weeks later, Tal receives an e-mail response from a mysterious "Gazaman," a young Palestinian named Naim. Thus begins a turbulent but tender long-distance friendship between two young people that are separated by a history they are trying both to understand and change. This engrossing and hopeful drama starring Hiam Abbas is based on the award-winning novel by Valérie Zenatti.Directed by Thierry Binisti | France | 2011 | French, Arabic & Hebrew with English Subtitles | 99 min.


The film will be shown at 6:00pm in the upstairs "blue" meeting room at the Visalia Branch Library. Movies are shown on the 4th Tuesday of each month. This event, and future events in this series, is free and open to the public. Absolutely everyone is welcome.