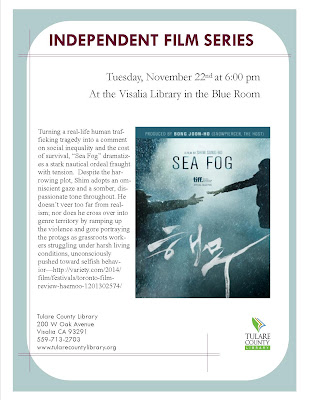 Turning a real-life human trafficking tragedy into a comment on social inequality and the cost of survival, “Haemoo” dramatizes a stark nautical ordeal fraught with tension.

The film takes place in 1998, when the IMF Crisis made life hard for ordinary South Koreans, but the marine setting imbues the action with an elemental, timeless quality. Five fishermen under Capt. Kang Chul-joo (Kim Yoon-seok) set sail from their hometown, Yeosu, but they return empty-handed. The owner ...of their beat-up old trawler, Junjiho, wants to trade it in, but Kang is more attached to it than to his wife, whom he catches in flagrante with a Chinese-Korean. To save the ship, he decides to smuggle ethnic Koreans from China.


Despite the harrowing plot, Shim adopts an omniscient gaze and a somber, dispassionate tone throughout. He doesn’t veer too far from realism; nor does he cross over into genre territory by ramping up the violence and gore (at least until the slightly overblown last act), portraying the protags as grassroots workers struggling under harsh living conditions, unconsciously pushed toward selfish behavior - http://variety.com/…/festivals/toronto-film-review-haemoo-…/
Posted by Tulare County Library at 2:38 PM